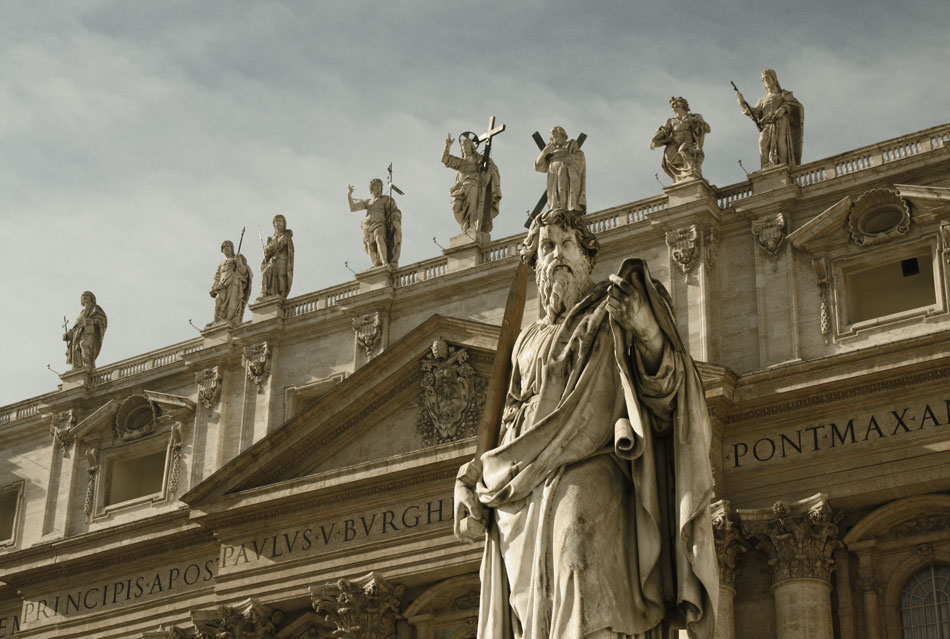 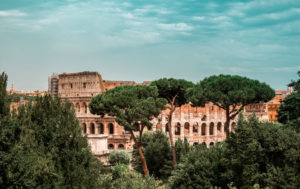 ​DAY 1 DEPARTURE FROM YOUR CITY
Check in at the airport three hours earlier to boarding to Rome.
Overnight flight.

​​DAY 2 ROME CITY TOUR
Arrival in Rome, airport pick up and transfer to the hotel. The rest of the morning is free for personal activities.

Lunch at the hotel. In the afternoon, a 4-hour city tour in Rome. The capital of Italy, Rome was, for centuries, the political and religious center of western civilization, capital of Roman Empire and place of the Holy See. After the decline of the Roman Empire, Italy was conquered by many people. Centuries later, Italy became the cradle of the Renaissance, intellectual movement that formed the European mindset.

Modern Italy is a democratic republic, having one of the top ten best quality life ratings in the world. Sightseeing tour of Rome by coach, passing by the classic Roman monuments, as Piazza della Repubblica, the Cathedral of Rome, the Archeological Rome, the Baths of Caracalla, Circus Maximus, the Coliseum and the Forum. We will head through Piazza Venezia, Saint Angelo’s Castle, the exterior of Saint Peter’s Basilica and Square (depending on the religious ceremonies). Return to the hotel and walk to Trastevere district, famous for its colorful restaurants. Dinner in a typical inn. The participants must return to the hotel on their own. Overnight.
​

DAY 3 ROME ASSISI
Breakfast. (The schedule will be confirmed the night before.) Departure to Assisi. Arrival and free time to visit the small town, surrounded by walls in different medieval style. We recommend visiting the famous Saint Francis’ basilica hosting some Giotto’s masterpieces. Free time for lunch (not included). Free afternoon. Dinner in the hotel and overnight. 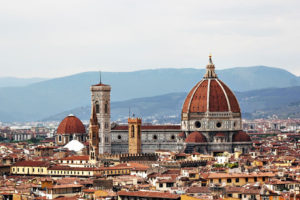 Breakfast in the hotel and departure to Florence. The trip goes on along the road that crosses the Italian Peninsula from north to south. Then we will arrive in Siena. Lunch stop (one hour). Monumental and medieval, surrounded by great walls, Siena is famous for having one of the most beautiful squares in the world: Piazza del Campo, where people celebrate the “Palio delle Contrade” in summer, twice a year. Our trip continues to Florence. Arrival and check in at the hotel. Free time in the afternoon. Dinner at the hotel and overnight.

​DAY 5 FLORENCE CITY TOUR
Breakfast. In the morning, we are visiting the fabulous city where the Italian cleverness showed up in all its splendor and purity. The city center, as well the Bell Tower, the Baptistery and the Cathedral, constitute an extraordinary set of white, green and pink marbles, and through them we may appreciate the transition of Florentine art from Middle Age to Renaissance. Visit at the cathedral Santa María del Fiore, symbol of Florence richness and power. Brunelleschi’s Dome, in contrast to the silhouette of the Bell Tower by Giotto, the Baptistery and the famous Gates of Brass (including the Gates of Heaven, named by Michelangelo). Walk through Piazza della Signoria and see Palazzo Vecchio, an austere-looking gothic building. Finally, visit Santa Croce’s basilica, which opens to one of the most ancient squares of the city. Free afternoon for personal activities. Dinner in a typical restaurant. Overnight.

​DAY 6 FLORENCE | FERRARA | VENICE
Breakfast. Transfer in the morning to Venice with a stop in Ferrara, a medieval town that flourished during the Renaissance and today is known as “the oldest city in the world”. Time for lunch (included). Arrival in Venice and transfer to the hotel with “water taxi”. 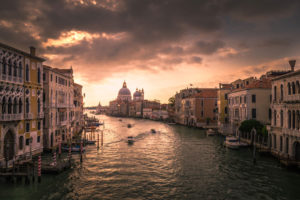 ​DAY 7 VENICE CITY TOUR
Breakfast. Starting from Piazza San Marco, we begin our sightseeing tour of the so called “Floating City”. Enjoy the view of Saint Mark’s Basilica, the Bell Tower and the Doge’s Palace, symbol of Venetian power, from where the story of the Bridge of Sighs will be told. The tour continues with a motorboat cruise to Murano to pay a visit to a glass workshop. Free time for lunch. Return to the hotel and typical dinner in a Venetian restaurant.
Overnight.

DAY 8 VENICE PADUA VERONA
After breakfast, we proceed to Padua and then to Verona. In Padua, city tour including the iconic Saint Anthony’s basilica. Among other things, Padua is worldly famous as the place where Saint Anthony, famous Portuguese Franciscan (also known as Saint Anthony of Lisbon, where he was born in 1195), lived for many years and died in 1231. The local people celebrate the anniversary of his death on June 13. Prosecution to Bevilacqua, where we will have lunch.
Afterwards, we will head to Este. The tourists will have time to visit this Medieval city and its main attraction, Carrarese Castle, built in 1339. Today, the castle has a very suggestive indoor garden. After the tour, we will proceed to Verona, where the Adige River crosses the city. The hills around Verona set the harmony and beauty of Romeo and Juliet’s city. Check in at the hotel, dinner and overnight in Verona.

​DAY 9 VERONA CITY TOUR AND WINE TASTING IN SOAVE
After breakfast, a panoramic view of the city from the top of the surrounding hills. We will take a walk through the historical center passing by the main city squares and monuments: Piazza Bra, Arena, Juliet’s House, Piazza delle Erbe, Torre dei Lamberti, Piazza dei Signori, Della Scala graves, Sant’Anastasia Church, Porta Borsari and Castelvecchio. The tour lasts 4 hours. Lunch at a typical Veronese restaurant. Return to the hotel for relax. Around 4 p.m., we proceed to Soave, a small medieval village. We will take a little walk through the historical center, discovering Soave Castle and its walls. The tour continues with a visit to a wine cellar where we will have a small tasting of the famous Soave Classico and Veronese Mount seasoned cheese. Time for dinner in a typical restaurant. Return to the hotel and overnight. 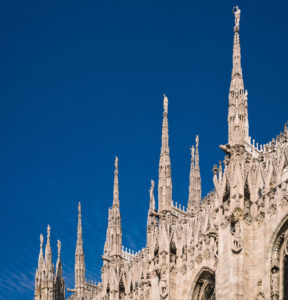 ​DAY 10 VERONA MILAN
After breakfast, we leave to Milan. Arrival, check in at the hotel, lunch and departure to a 3-hour city tour in Milan, one of the most famous and visited Italian cities. It is a place for people who love cosmopolitan cities, from the fashion runways to the frescoes painted by the geniuses inside the churches. In Milan we find Da Vinci’s Last Supper, San Siro/Giuseppe Meazza Stadium, Duomo’s statues, Alla Scala Theater, Sforza Castle and the famous Vittorio Emanuele’s arcades, in Piazza Duomo, the world’s oldest shopping center. Also, Milan has lovely parks, great ice-cream shops and a renowned nightlife.
Return to the hotel, dinner and overnight.
​
DAY 11 MILAN BOARDING TO NEXT DESTINATION
Breakfast. Departure from the hote to the airport 3h30 minutes before flight scheduled take-off. Travel overnight. Our services finish here.

The package tour includes: Private transfer services from and to the airport including an English-speaking assistant in air conditioned vehicles 01 (one) bag per person; Accommodation according to the choice given, including breakfast and private WC (check in 3 p.m., check out within noon) and meals according to the itinerary descriptions (drinks not included); English-speaking local guide during the visits by air conditioned coaches.